﻿ ﻿ From Wikipedia, the free encyclopedia

Ibrahim Jaaber (pronounced Jabber) (born February 3, 1984 in Elizabeth, New Jersey) is a naturalized Bulgarian professional basketball player originally from the United States. He plays both the point guard and shooting guard positions and is 1.88 m (6'2") in height. He plays for the Bulgarian national basketball team even though he is American.

As a former men's basketball player at the University of Pennsylvania, he won the Ivy League Player of the Year in his junior and senior years, in the process breaking the league's career record for steals (303) and finishing among the top pickpockets in college basketball (2nd nationally in steals his junior year and 3rd nationally in steals his senior year). With Mark Zoller, Ibby also led the Quakers to three straight Ivy League titles between his sophomore and senior years; he also played well in the team's three NCAA Tournament games getting 16 points against Texas A&M and 15 against Texas and he scored 21 points when Penn visited a top North Carolina team. Jaaber will go down as one of the best players ever to play for the Quakers and is the all time leader in steals at Penn and in the Ivy League.

Pro career
Ibrahim Jaaber was not drafted by any NBA teams, but he played for the Detroit Pistons' Summer League squad from July 7–14, 2007 and he subsequently signed a contract to play professionally for a Greek League team called Egaleo ΒC. He then moved to the premiere Euroleague to play with Lottomatica Roma. In the 2010 NBA Summer League, he played for the Los Angeles Lakers. In August 2010 he signed with AJ Milano.[1] 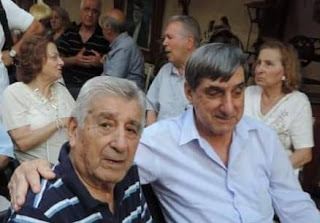